The medium sized Asiatic Golden Cat (Catopuma temminckii) occurs across a vast range in Asia yet density is poorly known and occurrence is likely patchy. The Asiatic Golden Cat, also called the Asian Golden Cat, is typically golden reddish (hence the name) but the species varies considerably in size, coat patterns and coloration across its range. As a forest dependent specialist, deforestation within the region is a major threat, and poaching appears to be increasing with reports of this cat being substituted for tiger pelt and bones. 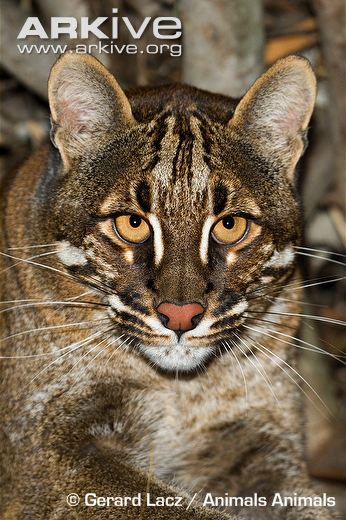 Up to five subspecies of the Asiatic Golden Cat have been described in the past:

However based on recent genetic studies the last Felidae taxonomic revision in 2017 proposed only two subspecies, with the other three being color variants of C.t. moormensis:

The global conservation status for the Asiatic Golden Cat is Near Threatened (NT) and populations are declining.

At this time there appears to be no active projects focused on this species, however the following organizations are dedicated to research and conservation in the region and other small cats: 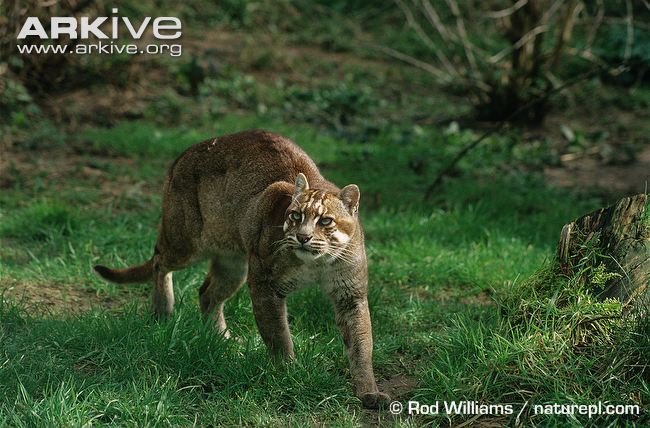 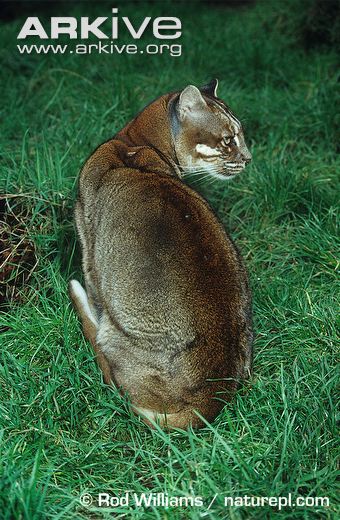 Here is a list of papers published on Asiatic Golden Cats. Click on the title bar to view the abstract and the link to the article.

The Asiatic Golden Cat Catopuma temminckii is poorly known in Nepal and was previously recorded only twice in the eastern part of the country.

We conducted a camera trap survey in the Lapchi Valley (32km²) of Gaurishankar Conservation Area (GCA), a protected area in north-central Nepal, from October 2018 to April 2019. Eleven cameras were deployed to record mammalian diversity in a 2×2 km² grid across Lapchi block of GCA. During the study period, four photos and three videos (each of 10 seconds length) of Asiatic Golden Cats were recorded at an elevation of 2,540m at a single camera trap station.

This is the first photographic record of Asiatic Golden Cat in this region of Nepal extending the distribution of the species further west in the Himalaya.

A more detailed study on its distribution, population size and behaviour is warranted in the near future to implement appropriate conservation measures.

Fifteen extant species of cats inhabit India, and the northeastern region of the country is among the richest with nine species. Among these are the "standard four", an assemblage of Clouded Leopard (Neofelis nebulosa), Asiatic Golden Cat (Catopuma temminckii), Marbled Cat (Pardofelis marmorata), and Leopard Cat (Prionailurus bengalensis), which also occur across southeastern Asia. Within India, despite several surveys in this region, very little information exists on the ecology of this assemblage to explain their co-occurrence.

In this paper, we put together data from several independent camera trapping studies over 10 sites across northeastern India to examine and interpret diel activity patterns of this group. While we present results for all the four species, we focus on two species, the Marbled Cat and Leopard Cat, which are of very similar body size and are potential competitors. We used kernel density estimates to measure diel activity patterns of all four species and overlap in activity between Marbled Cat and Leopard Cat at the regional scale as well as the point scale. We obtained 783 captures of the standard four from >27,500 trap nights.

The Asiatic Golden Cat and Marbled Cat were strongly diurnal, Clouded Leopard largely crepuscular and nocturnal, and Leopard Cat largely nocturnal. The degree of overlap between Marbled Cat and Leopard Cat activity was low and in consensus with other studies across southeastern Asia.

We interpret this as the differing niche spaces of the two cats due to their specific pre-existing adaptations, not restricted to the effects of competition. The point scale analysis when both cats are captured at the same location and separately show no shift in activity pattern, supporting our hypothesis of pre-existing differences in resources, such as food, playing a major role in facilitating co-existence. Our study, however, is preliminary and additional information with robust analysis is required to test this finding.

2016 Two species of southeast Asian cats in the genus Catopuma with diverging histories: an island endemic forest specialist and a widespread habitat generalist

Background. The bay cat Catopuma badia is endemic to Borneo, whereas its sister species the Asian golden cat Catopuma temminckii is distributed from the Himalayas and southern China through Indochina, Peninsular Malaysia and Sumatra. Based on morphological data, up to five subspecies of the Asian golden cat have been recognized, but a taxonomic assessment, including molecular data and morphological characters, is still lacking.

Results. We combined molecular data (whole mitochondrial genomes), morphological data (pelage) and species distribution projections (up to the Late Pleistocene) to infer how environmental changes may have influenced the distribution of these sister species over the past 120 000 years. The molecular analysis was based on sequenced mitogenomes of 3 bay cats and 40 Asian golden cats derived mainly from archival samples. Our molecular data suggested a time of split between the two species approximately 3.16 Ma and revealed very low nucleotide diversity within the Asian golden cat population, which supports recent expansion of the population.

Discussion. The low nucleotide diversity suggested a population bottleneck in the Asian golden cat, possibly caused by the eruption of the Toba volcano in Northern Sumatra (approx. 74 kya), followed by a continuous population expansion in the Late Pleistocene/Early Holocene. Species distribution projections, the reconstruction of the demographic history, a genetic isolation-by-distance pattern and a gradual variation of pelage pattern support the hypothesis of a post-Toba population expansion of the Asian golden cat from south China/Indochina to Peninsular Malaysia and Sumatra. Our findings reject the current classification of five subspecies for the Asian golden cat, but instead support either a monotypic species or one comprising two subspecies: (i) the Sunda golden cat, distributed south of the Isthmus of Kra: C. t. temminckii and (ii) Indochinese, Indian, Himalayan and Chinese golden cats, occurring north of the Isthmus: C. t. moormensis.

View more articles on Catopuma temminckii in the IUCN Cat Specialist Group database (scroll down once the library page is loaded to see the list). 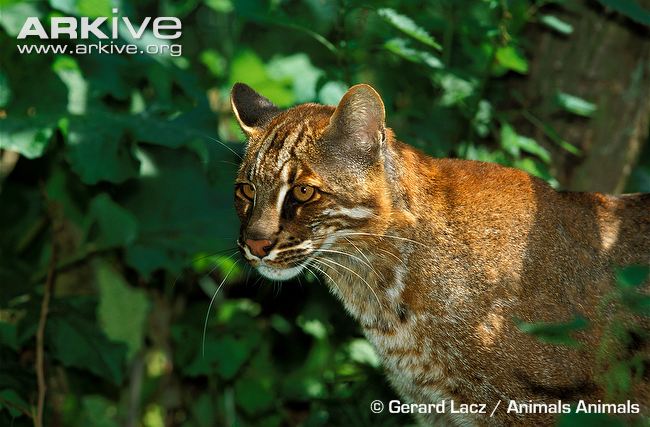