The Black-footed Cat (Felis nigripes) is the smallest cat in Africa and the second smallest of all wild cats. It is endemic to the arid regions of southern Africa where it is naturally rare and occurs at low densities. These cats, despite their small size, can travel vast distances in search of sparse prey, and have special adaptations to cope with their semi-arid to arid environment.

~ Second smallest of all cats ~

The scientific name for the Black-footed Cat is Felis nigripes which is also known as the binomial name, species name, latin name, biological name or zoological name. Some use the term 'botanical name' however that term is only applicable to the plant kingdom (botany) and not the animal kingdom (zoology). 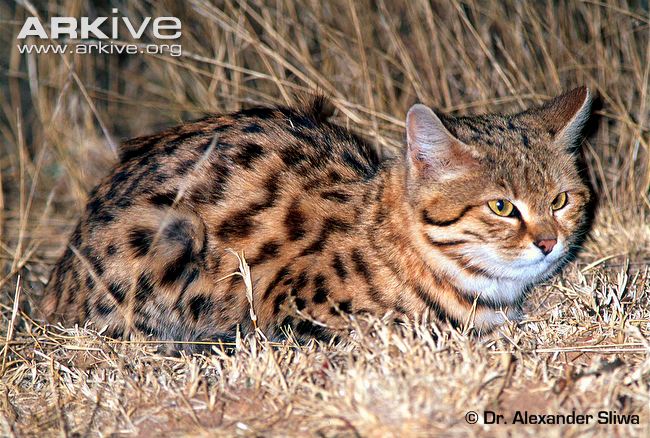 Two subspecies of Black-footed Cats have been recognized in the past:

However the last Felidae taxonomy revision in 2017 suggested that only the species Felis nigripes is valid and thus monotypic (no subspecies). There is insufficient variation to substantiate a subspecies split and just a northern and southern race is more appropriate.

Here is a list of papers published on Black-footed Cats. Click on the title bar to view the abstract and the link to the article.

2021 Black-footed Cat Working Group - Report on surveying, catching and monitoring Black-footed cats (Felis nigripes) on Benfontein Nature Reserve, South Africa and on Grünau Farms, Namibia in 2020
This year we made a joint trip to assist in establishing a new study in southern Namibia, on farmland in Grünau (GR) from 24 February – 2 March 2020 and then to exchange and capture new individual black-footed cats (BFC) in the current long-term study area, Benfontein Nature Reserve (BFN), near Kimberley from 2 - 8 March 2020. We also report here, in abbreviated form, on the Black-Footed Cat Research Project Namibia which is managed locally by Martina Küsters (wildlife specialist) and Morgan Hauptfleisch (NUST).

2018 Camera trap use in the study of black-footed cats (Felis nigripes)
The use of camera traps as research tools for the study of black-footed cats at refuge entrances is detailed. This provided information on interspecific relationships with aardwolves. When operated with care they served to obtain ecological information on black-footed cats, including behavioural and reproductive data. Camera traps were also used to monitor the behaviour and welfare of recently anesthetised and recovered study individuals to keep further disturbances to a minimum.

The black-footed cat (Felis nigripes) is sympatric with several species of larger carnivores, although it is not known how this species partitions resources with potential competitors.

From 2006 to 2008, we captured, radio-collared, and monitored 3 adult black-footed cats on Benfontein Game Farm in South Africa. We investigated their spatial, habitat, temporal, and dietary overlap with Cape foxes (Vulpes chama), bateared foxes (Otocyon megalotis), and black-backed jackals (Canis mesomelas) that were monitored during a concurrent study.

View more articles on Felis nigripes in the IUCN Cat Specialist Group database (scroll down once the library page is loaded to see the list). 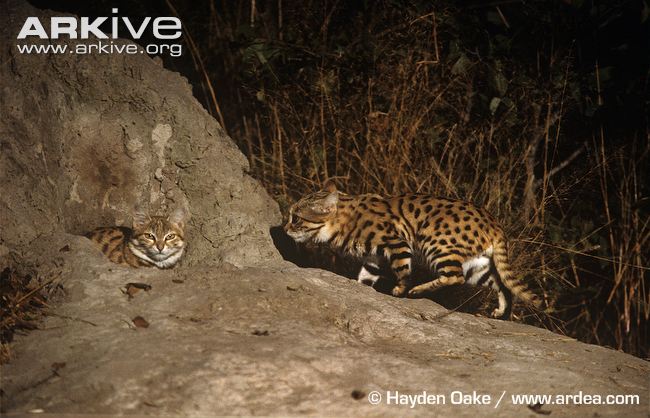 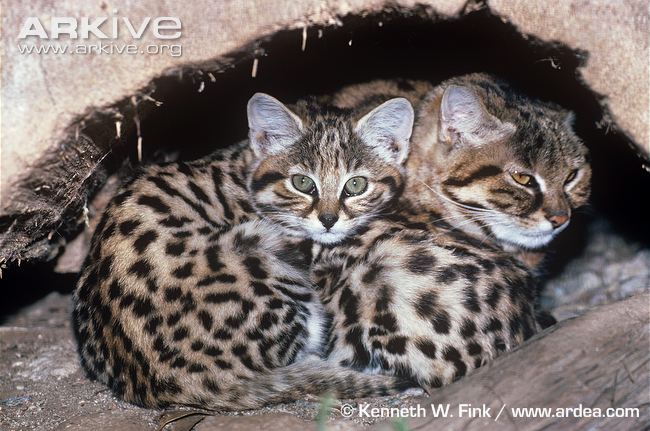 The global conservation status for the Black-footed Cat is Vulnerable (VU) due to its restricted range in arid regions of southern Africa, where it is naturally rare and occurs at low densities.

The Black-footed Cat Working Group has a long term monitoring program in South Africa, assisted by funding from ISEC in Canada.

Please support this group with their important work if you can. No matter the size of your contribution, every bit helps!

The following organizations have well researched and authoritative information on Black-footed Cats: