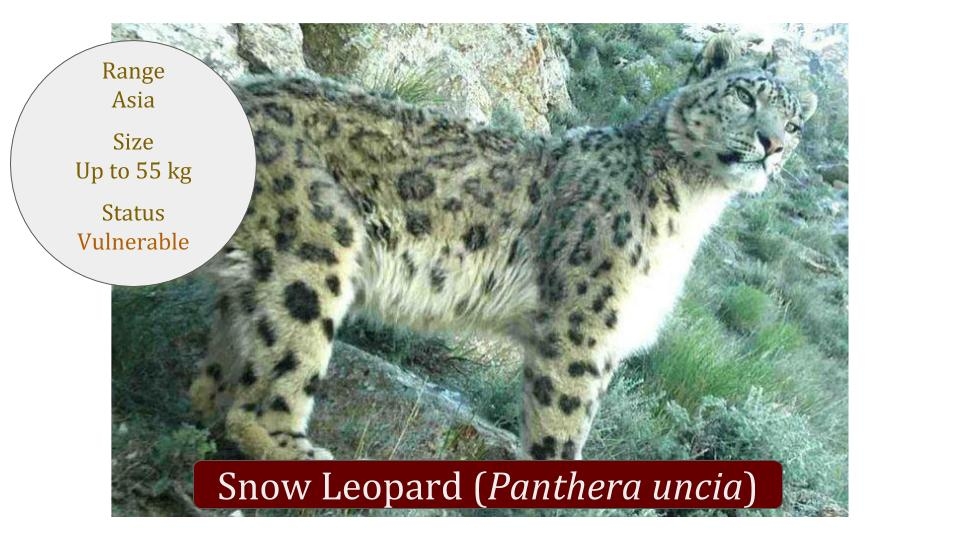 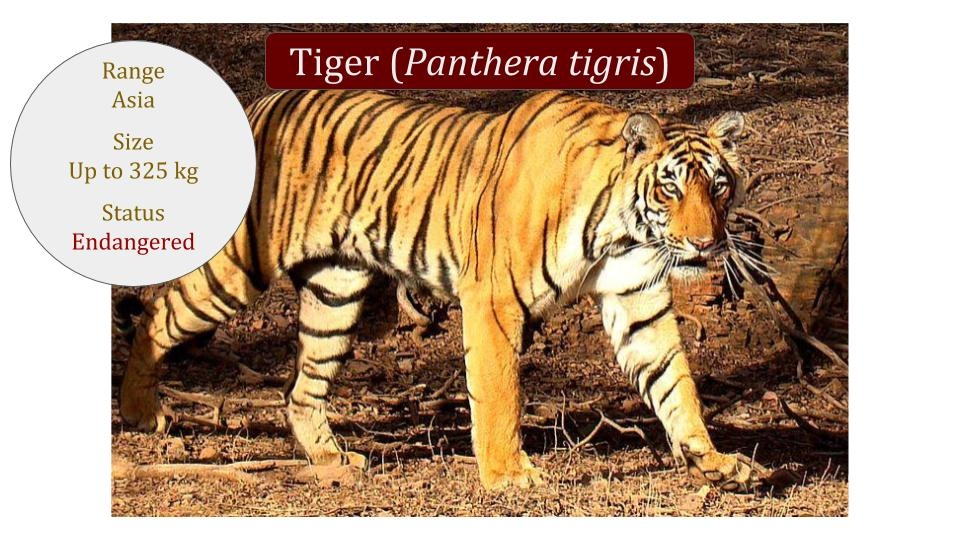 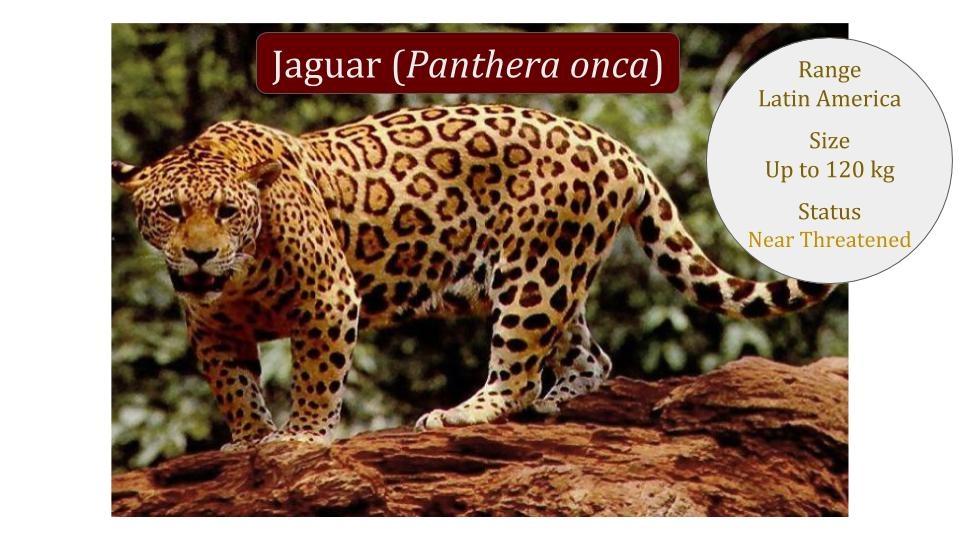 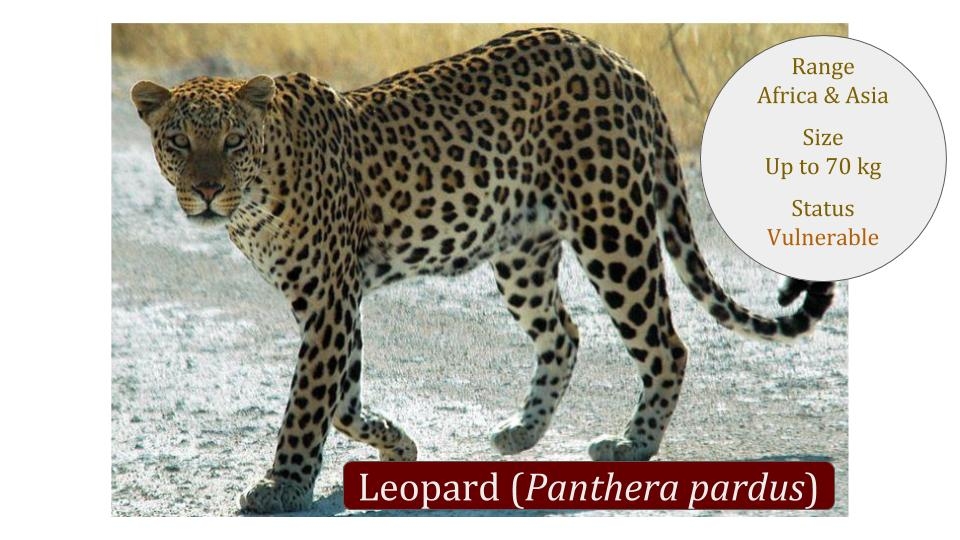 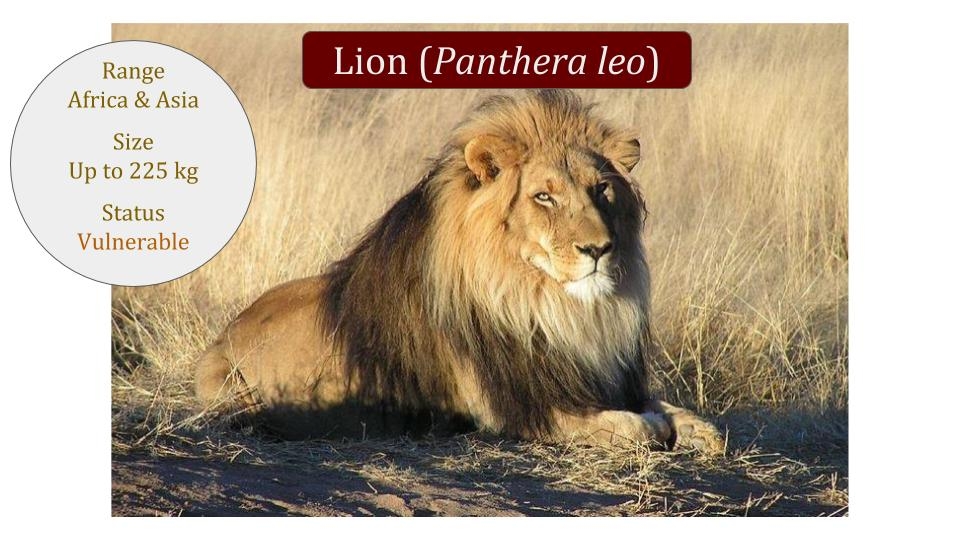 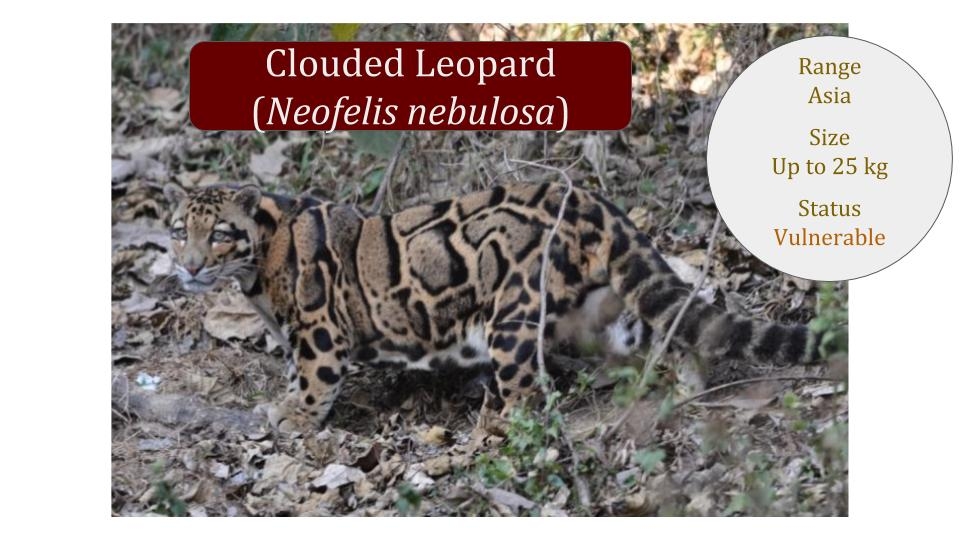 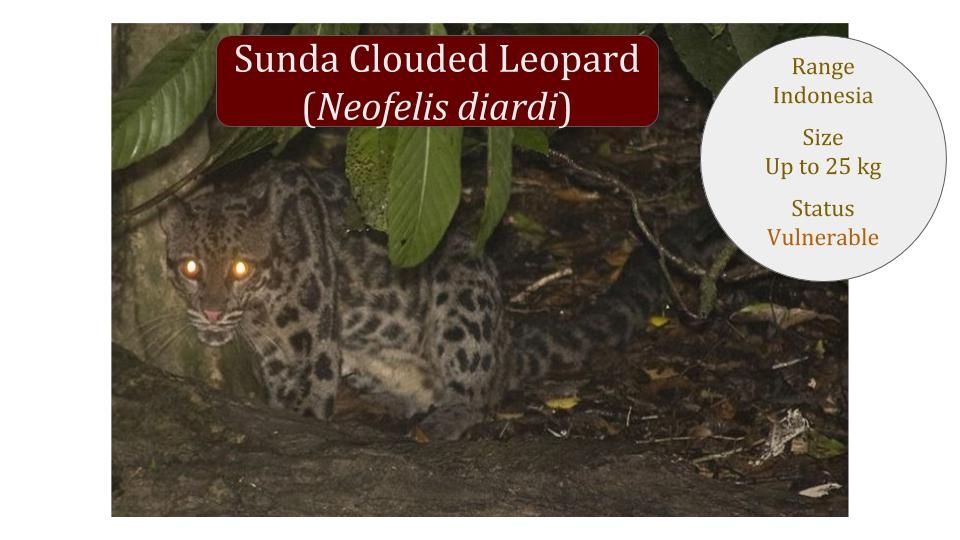 The 7 Cats of the Panthera Lineage

The Panthera lineage consists of seven cats, five of which are the largest in the cat family. This lineage comprises the five big cats of the Panthera genus and the two Clouded Leopards of the Neofelis genus.

The first four big cats in the Panthera genus are the only wild cats that have the ability to roar, however they cannot purr like most other cats. The fifth cat, the Snow Leopard, is the big cat exception in this genus that cannot roar.

These big cats are also the most endangered due to the loss and fragmentation of their large territories, and wildlife trade in their body parts and beautiful skins.

The other large cats, the Puma and Cheetah, have different characteristics and are grouped under the Puma Lineage.

The last common ancestor of modern cats was a species of Pseudaelurus that occurred in Asia 9 to 20 million years ago (MYA). Using genetics, scientists have established that modern cats diverged from this ancient species into eight groups or lineages of closely related species in the cat family Felidae.

The Panthera lineage of the big roaring cats is the oldest cat lineage that split from this common ancestor 10.8 MYA. Descendants evolved into seven species which occur across all the continents of Asia, North and South America, Europe and Africa as they migrated to and from Asia over time.

Note: MYA periods on the diagram are very broad estimates and rather indicate earlier versus later divergences rather than the actual period they occurred. 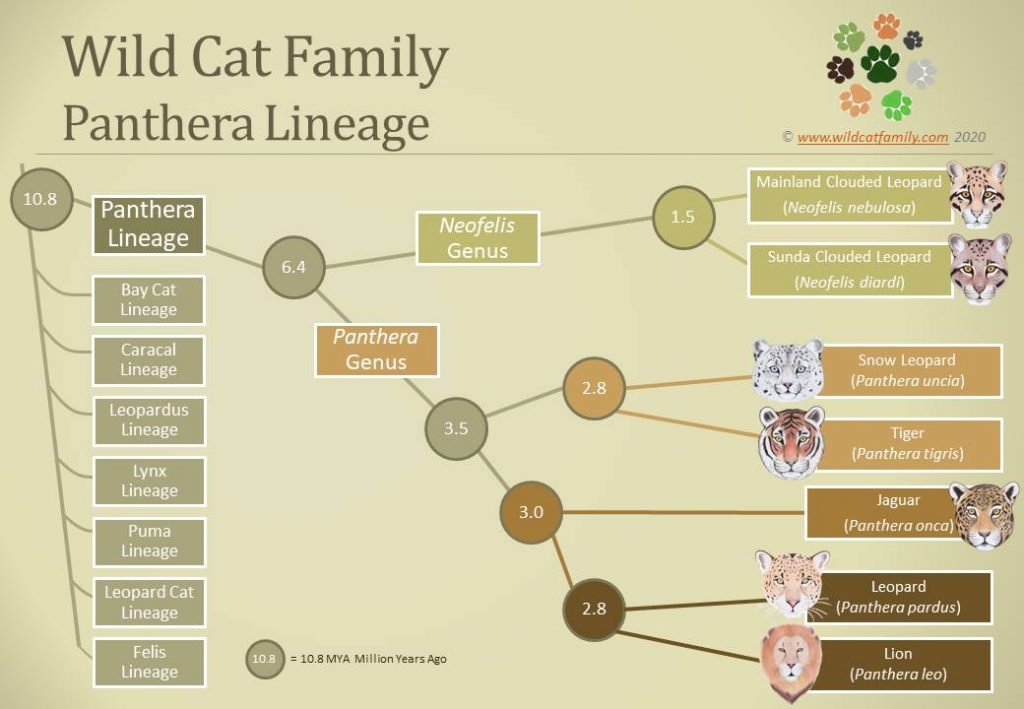 In scientific classification (taxonomy) the big cats belong to the family Felidae and the subfamily Pantherinae. The higher and lower classifications of this group are as follows:

Note: 'Lineage' is not a taxonomic unit, it is a means to group closely related species in evolutionary order.

The five cats of the Panthera genus are the Snow Leopard, Tiger, Jaguar, Leopard and Lion. 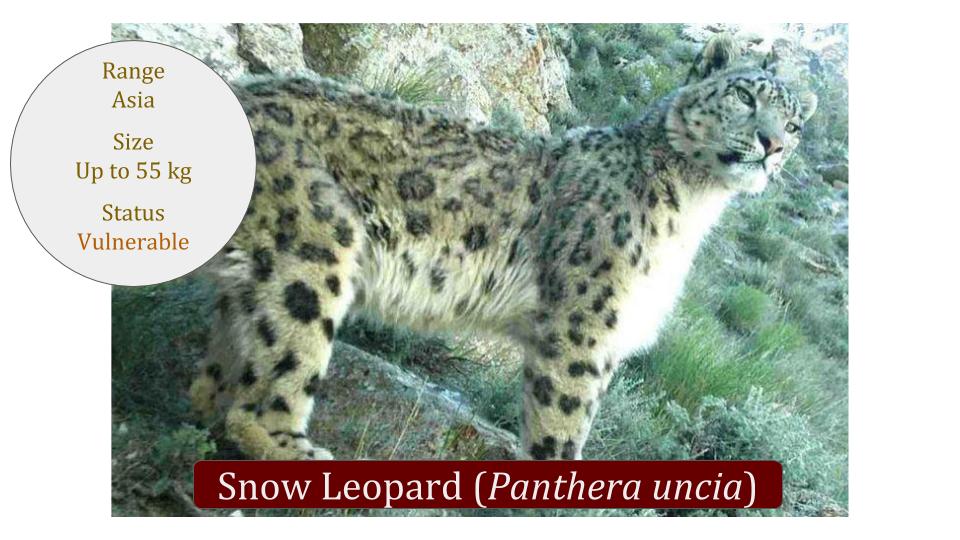 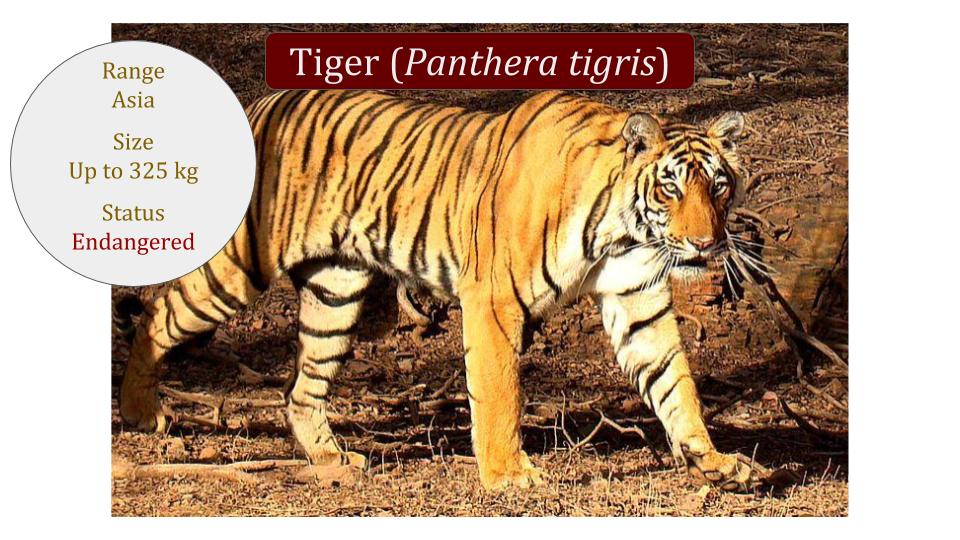 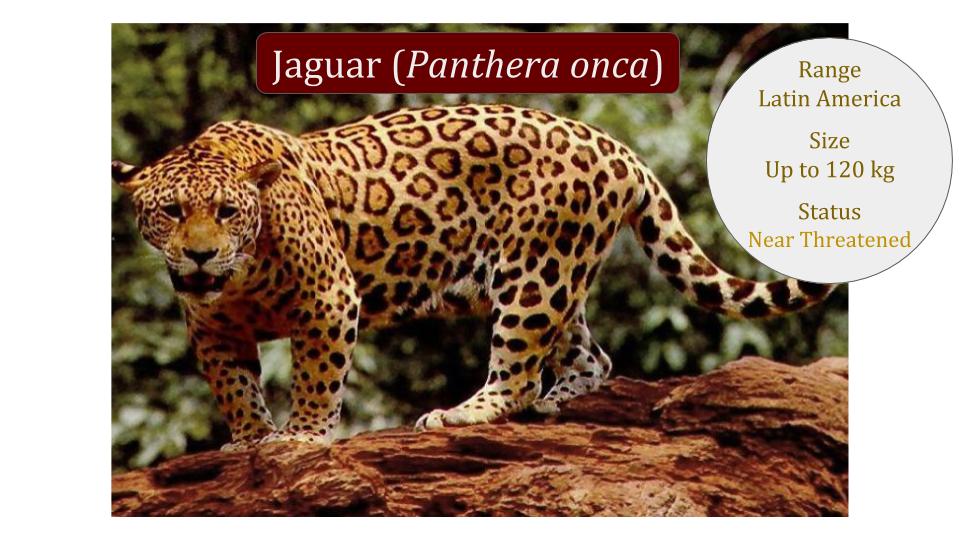 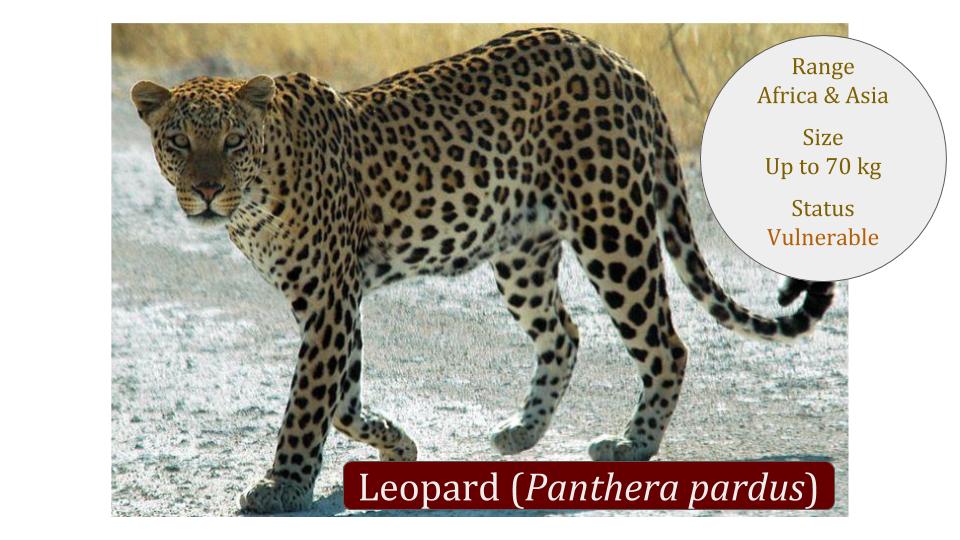 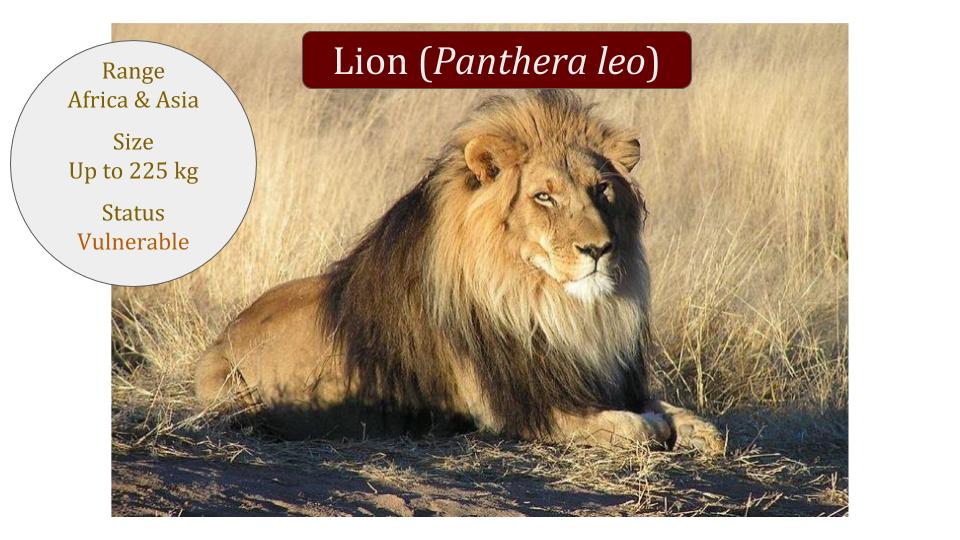 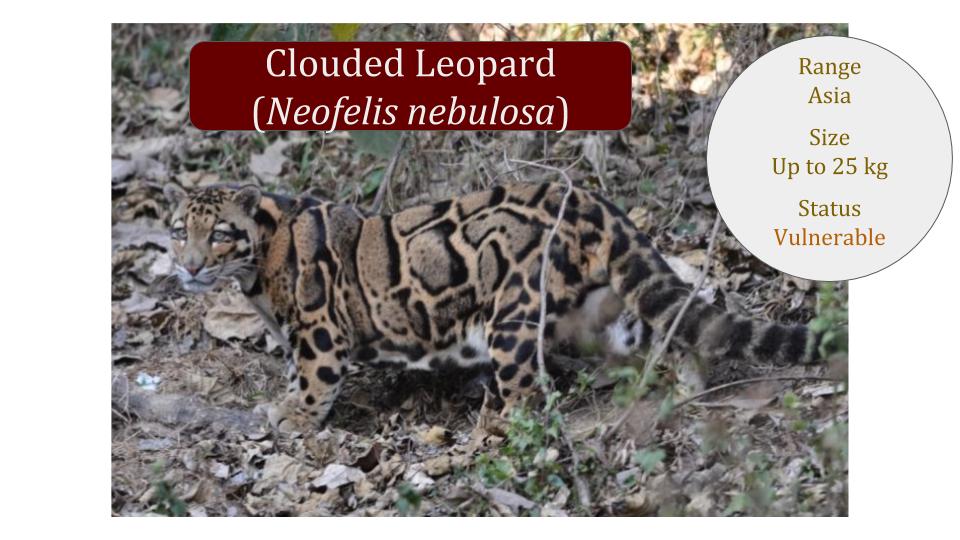 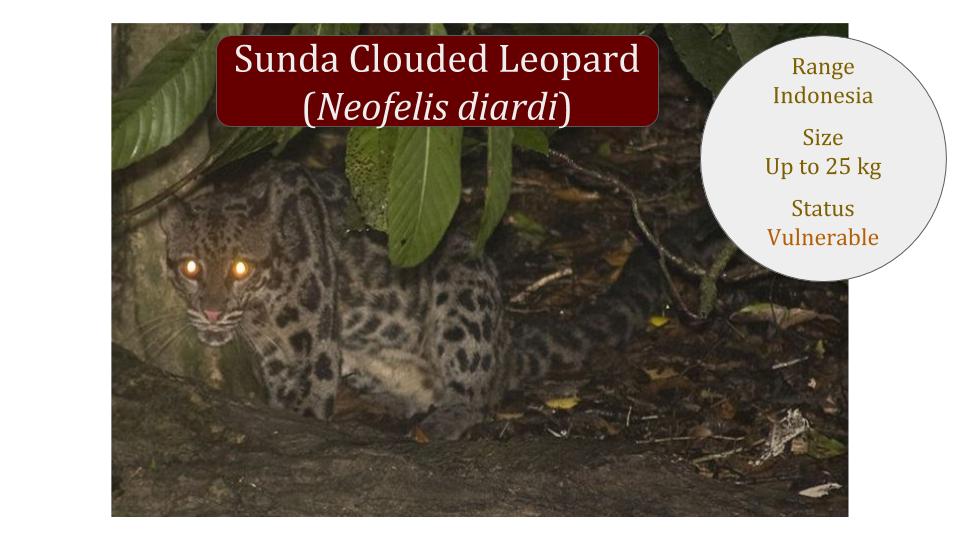 Browse our website to find the answers to this quiz. Good luck!

1. Which continent has the most big cat species?

2. Which continent has no big cat species?

3. How many times larger is the Lion compared to the Clouded Leopard?

4. Which two big cat species are at the most risk of becoming extinct?

5. Which big cat is also known as a Panther?

6. Which cat in the Panthera genus cannot roar?

There is a lot of confusion around the term 'big cats'. Some use it to refer to all the larger size cats (over 50kgs), others mean it to only be the Panthera genus cats and yet others interpret it to mean all the cats in the Pantherinae subfamily (even though Clouded Leopards only weigh around 25kgs).

In the poster alongside, the artist has yet another definition which is all the pantherine cats as well as the two other large cats - the Puma and Cheetah. These two are actually classed in the small cat subfamily Felinae and although Pumas do indeed weigh more than 50kgs, Cheetahs weigh less than 50kgs.