The adaptable Puma (Puma concolor) is also known as the Cougar, Mountain Lion and Panther among many other names. Pumas are widespread from Canada through North and Central America to South America, but have disappeared from many regions within this vast range due to persecution.

Pumas belong to the genus Puma and the full taxonomy or scientific classification of the Puma cat species is:

The scientific name for the Puma or Cougar or Mountain Lion is Puma concolor which is also known as the binomial name, species name, latin name, biological name or zoological name. Some use the term 'botanical name' however that term is only applicable to the plant kingdom (botany) and not the animal kingdom (zoology). 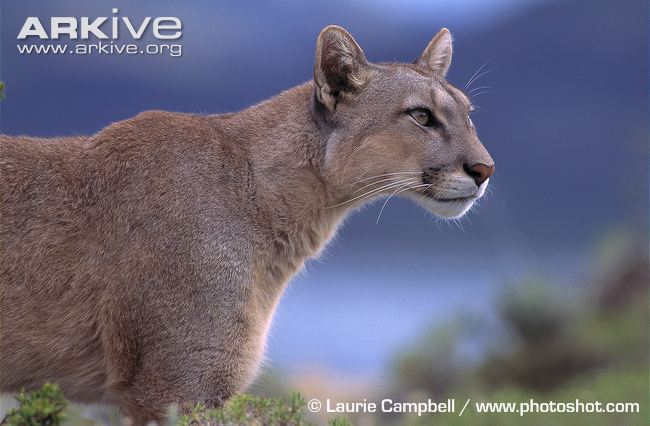 Based on genetic studies referenced in the last taxonomic revision of Felidae in 2017, six subspecies of Pumas are recognized:

The global conservation status of Pumas is Least Concern (LC) although some subpopulations are considered threatened.

The following organizations are actively protecting the declining populations of Pumas. Projects include facilitating recolonization and dealing with new threats of road barriers and roadkill in built up areas in North America.

Friends of the Florida Panther Refuge 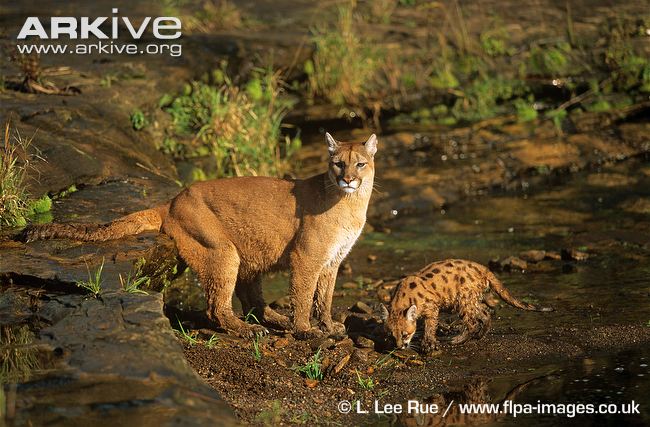 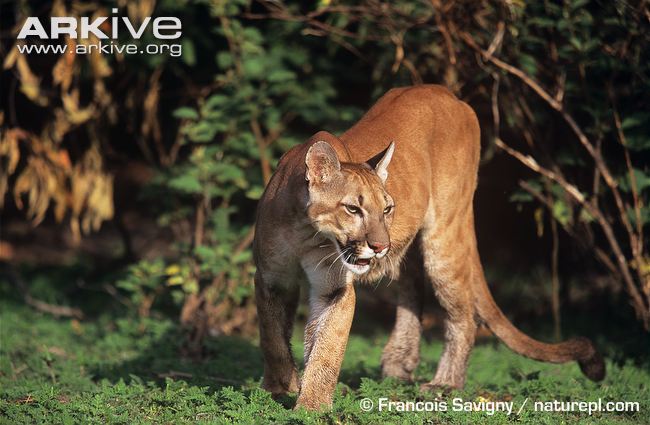 Here are some papers published on Pumas / Cougars / Mountain Lions. Click on the title bar to view the abstract and the link to the article.

2020 Hotspots of livestock depredation by pumas and jaguars in Brazil: a biome-scale analysis

Retaliatory killing, motivated by depredation of domestic animals by large carnivores, has had a significant impact on wild predators' populations. In Brazil, pumas and jaguars are the most persecuted species, so it is important to analyse the spatial patterns of depredation risk of livestock. We aimed to identify the hotspots of depredation risk by these two felids in Brazil, as well as the most important variables that determine the risk at the biome scale.

We generated spatial models of livestock depredation using a database of depredation records, anthropogenic, topographic and vegetation variables, and ecological niche models. We used six algorithms to generate spatial risk models of depredation and selected those with the best performance, for inclusion in a consensus model, for each biome. Finally, we overlapped the areas of high depredation risk by both felids, so that areas considered as hotspots are those in which there is a high risk that livestock will be preyed by pumas or jaguars.

Biome-scale analysis, coupled with the availability of reliable data and the implementation of statistically robust methods, provides information specifically on the areas of highest risk and the conditions that contribute to it.

Large carnivore monitoring is a difficult endeavor, and mountain lions (Puma concolor), with their nondescript pelage, secretive nature, and vast home ranges, are no exception. We conducted a 2-part study on a 528 km² study area in southwestern New Mexico to (1) evaluate a new technique for noninvasive collection of genetic samples and (2) obtain a density estimate for the population under study.

We modified Belisle foothold traps to collect hair from free-ranging mountain lions and obtained 7 hair samples in 1618 trap nights. All samples yielded enough DNA for species-level identification and 6 of the 7 (85.7%) provided individual genotypes. We monitored the hair traps with remote cameras, which indicated 13 occasions in which mountain lions passed within 2 m of a hair trap without triggering it. From these records, we have developed strategies to reduce misses and increase hair sample collection rates. We additionally combined photos from hair trap sets with photos from 25 independent cameras in a 100 km² subsection of the study area for use in a spatial mark-resight model augmented with GPS data from 3 collared individuals.

Our resulting density estimate was 0.67 (95% BCI: 0.31 - 1.17) mountain lions/100 km², which we believe to be negatively biased due to high heterogeneity of detection probability among marked individuals. The study area hosts long-term mountain lion monitoring, so we recommend implementing the spatial models across historical and future data sets to evaluate population trends; continued use of the hair traps will build a data bank of genotypes and promote their use in other studies.

Humans are primary drivers of declining abundances and extirpation of large carnivores worldwide. Management interventions to restore biodiversity patterns, however, include carnivore reintroductions, despite the many unresolved ecological consequences associated with such efforts.

Specifically, puma survival across age classes was lower in the 6-month hunting season than the 6-month nonhunting season; human-caused mortality rates for juveniles and adults, and predation rates on puma kittens, were higher in the hunting season. Predation on puma kittens, and starvation rates for all pumas, also increased as managers reduced elk (Cervus elaphus) abundance in the system, highlighting direct and indirect effects of competition between recovering wolves and pumas over prey.

Our results emphasize the importance of understanding the synergistic effects of existing management strategies and the recovery of large, dominant carnivores to effectively conserve subordinate, hunted carnivores in human-dominated landscapes.

View more articles on Puma concolor  in the IUCN Cat Specialist Group database (scroll down once the library page is loaded to see the list). 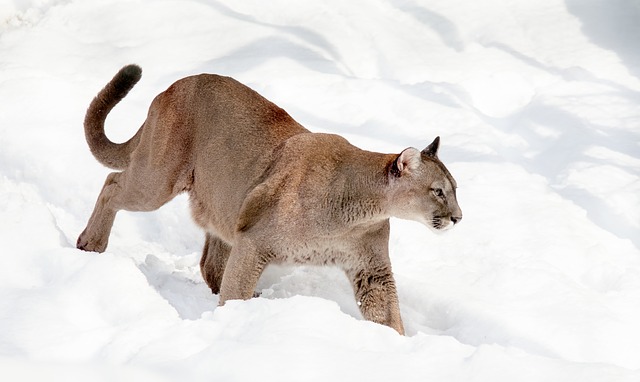 The following organizations offer tours to South America where you are likely to see Pumas in their natural habitat. These companies offer small group experiences, support conservation projects, and indicate their trips are environmentally and ethically responsible:

Always bear in mind that sightings of any particular animal in its natural environment are not guaranteed and the experience of guides will greatly enhance your success.

Most of these books also have Kindle Editions.